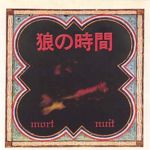 Ohkami No Jikan is a Japanese psychedelic group led by Asahito Nanjo (vocal, guitar, bass, keyboards, composer, producer). Nanjo is the leader of many other groups, including High Rise, Musica Transonic and Toho Sara. Apart from Nanjo, the line-up is not fixed but varies according to the concept that the group is following at any particular time.
Members of many Japanese underground groups, including Fushitsusha, Les Rallizes Denudes, Toho Sara and Holy Angel have participated in Ohkami No Jikan, pursuing different musical approaches. Depending upon the members and concept the sound of this unique group varies dramatically, the one constant is the vibration created by Nanjo.
As a psychedelic group that explores all music, from heavy, dark sounds to jazz, contemporary and experimental, Ohkami No Jikan occupies an important position in the Japanese underground scene.
After only three tracks available on compilation (“Tokyo Flashback 2” PSF, “Japan:new psychedelic underground” Manifatture Criminali & “Live from the devil’s triangle, Vol.2” KFJC-FM), “Mort Nuit” is their first album. They concentrate on the heaviness of minimal music : a dark group textures that psychedelicise the gap between the silence of medieval music and the dynamism of 20th century composition.