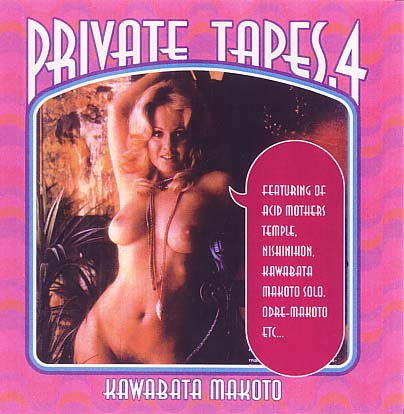 Recorded at my friend Coras’s apartment in the Arab Quarter of Paris, during the 1996 Musica Trasonic tour of Europe. This is a remix of the limited edition (of 10) “Acid Balloon Cosmic Drived Earth” cassette which was sold on the tour.

Recorded live at Grenoble, France on 15 March 1999. It was a crazy night, concluding with a fire breaking out at a party in a huge mansion on top of a mountain. Thistrack was previously available as an MP3 on the AMT site.

Recorded in 1996, just after I stopped recording for Toho Sara and was moving towards forming my new unit INUI. This period, between the recording on my unreleased solo album in 1994 and the move from Toho Sara to INUI, was very much a transitional one for me.

Recorded live in Nagoya on 19 March 1999. Tsuyama was a bit under the weather so almost all the songs were improvised. Even now we’re hardly ever able to play the songs properly – we’re usually too drunk so we end up improvising them instead. This track was previously available as an MP3 on the AMT site.

Remix of a solo piece recorded in October 2000 for inclusion on the Ould Pack #2 compilation. For some reason at this time I was recording a lot of organ and keyboard-based pieces.

Recorded in Albi, France in November 1999. An improvisation with Audrey Ginestet on bass and Kawabata on guitar. Albi is a wonderfully beautiful place. How happy I would be if I could live in Occitan… Audrey is the bassist with the avant-rock group UEH from Toulouse.