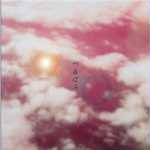 All the music were completely improvised and not over-dubbed.

Recorded at the kiln in Tokoname, 3rd May 1998
Art work by ELF / Sachiko Ichikawa

The return of the mysterious group that Makoto Kawabata led at the same time as his involvement with Toho Sara. The group were known for their unique practice of the Chinese concepts of yin/yang and the Five Elements in order to discover the shugen-on-a-sound that travel back to the universal source of all things. Is the enlightened rapture found in the depths of the ruins the ultimate psychedelia?