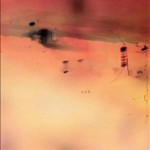 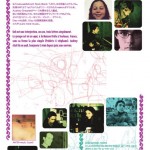 Debut 2CD album by the Toulouse-based avant-rock band UEH. The five-piece group features Frederic, whose first album was recently released by AMT, on drums and Audrey Ginestet on bass. The group has soft, jazzy sound – mellow, dreamy, and reminiscent of washed-out watercolors or film soundtracks. Disk-m includes composed pieces, the other Disk-i is improvised. This is true pure mind music.

Ueh is an interjection, a sound, only three letters long. The group came into being in 1996, at the Maison DrÔle (funny house) in Toulouse, France, in its most simple form it consisted out of Frédéric and Stéphane. Audrey joined their ranks in 1998, Benjamin and Rémi followed around 2001.

The direction of the instrumental compositions an sich, went rather quick, for the sound simply, since it is there at the moment when it is there, for its screening nature, the receptacle (each one projects its own images, without a sense coloration of a text for example), and in paradox also the image: in the beginning we project scenarios that does not permit us necessarily to put in place a structure of pieces but in any case attribute a coloration, an intention. We also remarked that despite us, these intentions really take shape at concerts, since we have the opportunity to present this to an audience. This has been marked even more since we have focused on improvisation. The rehearsals are often chaotic, rambled, but however………