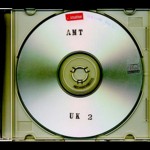 This is a compilation of recordings from the 2001 Monster of the Universe tour.

This cdr was distributed at our gig at Tokuzo in Nagoya on 7 December 2002. People who had bought tickets in advance were able to exchange their ticket stub for one of three different cdr titles: “USA”, “UK 1” or “UK 2”.