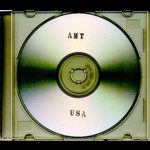 This was recorded live in the studio at the FM radio station WFMU in New Jersey, USA. It was also simultaneously broadcast on Brian Turner’s show.

This cdr was distributed at our gig at Tokuzo in Nagoya on 7 December 2002. People who had bought tickets in advance were able to exchange their ticket stub for one of three different cdr titles: “USA”, “UK 1” or “UK 2”.